The penultimate day of pre-season testing got underway with much improved conditions at the Losail track in Qatar, after the blustery start to Friday.

The day ended with Sam Lowes and his Federal Oil Gresini bike fastest. He set a time of 1:58.824, placing him just 0.055s ahead of Remy Gardner. They were the only two riders to dip below the 1:59 mark.

Third fastest for the day was reigning Moto3 champion,  Jorge Martin on the Red Bull KTM. He finished with a time of 1:59.039, which was 0.215s slower than Lowes.

The top five riders of the day were split by less than 0.4s, with the Marc VDS team-mates of Alex Marquez and Xavi Vierge in fourth and fifth respectively.

Two riders faced a tricker day on track, with Marco Bezzecchiand Xavi Cardelus both crashing. However, both riders were okay and went on to finish in 28th and 31st respectively. 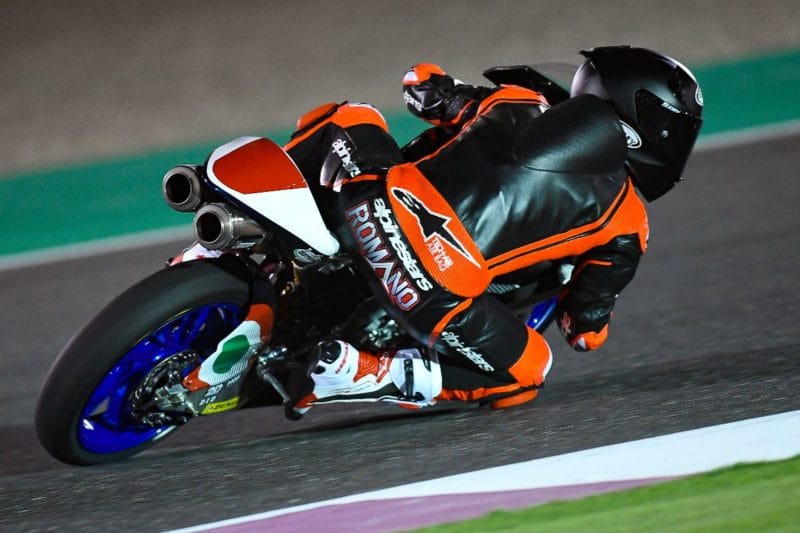 Day two on Moto3 testing saw the results from the previous day flipped on their head. Romano Fenati set the fastest time of the day, a 2:05.989. His team-mate, Tony Abolino was just 0.126s behind on the second Snipers Team bike.

Aron Canet and his Sterilgarda Max Racing bike came in third, ahead of Lorenzo Dalla Porta on the Leopard Racing machine. Both riders set times within 0.4s of Fenati’s benchmark lap.

However, testing for the lightweight class saw some big incidents. Gabriel Rodrigo will struggle to be on the grid for the first race of the season after an incident with Niccolo Antonelli left him with a fractured collar bone. At the time, he was sitting in ninth, just 0.794s behind Fenati.

Filip Salac and Marcos Ramirez, who finished the day in seventh, also suffered crashes, albeit less severe than Rodrigo’s.

We have one day left of testing for Moto2 and Moto3 before their first races of the season kick off on Sunday 10th of March at the Losail track in Qatar.

Posted on 3rd March, 2019 for The Checkered Flag